Sorry, tall friends! Emu Airlines is nothing more than an April Fools’ Day joke. We hope you found it emusing 😜

Scroll down to the bottom of this post for some real airlines that have all your tall-travel needs covered.

Like the rest of Australia, we here at Wotif love Big Things. Whether they’re Big Pineapples, Big Bananas, Big Rams or Big Melons, we can’t get enough of them. But when it comes to travel, there’s one larger-than-life group that we think has been shamefully neglected – and that’s tall people.

But not anymore. Today Wotif is proud to launch Emu Airlines – the world’s first airline catering exclusively to tall travellers.

“Whether it’s having their knees crushed by the seat in front of them, having to fake-laugh at endless ‘You should have been a basketball player’ jokes, or being asked to put EVERYONE’S bags in the overhead compartment, flying can be a real nightmare for our tall friends. Today, with Emu Airlines, Wotif says no more!”

Sky-high traveller Grant Alto admits that when he first heard about Emu Airlines, he thought it was a tall tale. We had an uphill battle trying to convince him the lofty idea was actually happening. But when we finally did, he became quite emu-tional.

“Like a real emu, I thought I was just too tall to fly. Emu Airlines has given me back my wings!”

With Emu Airlines, Wotif is really raising the bar for air-travel comfort. We’re lifting the one-and-a-half-mile-high game with:

Wotif’s Emu Airlines will begin taking bookings at midday today for travel up until 29 February 2021. Accept no emutations!

Alas, Emu Airlines is just an April Fools’ joke. But here are some real airlines that have got your back for when you want a bit of extra room.

Check out all of our top flight deals here.

Previous Easter holiday hacks! Swap these destinations to SAVE

Next What to do when your luggage goes missing 😱 Happy Watermelon Day! 🍉 Remember that time we b

Does it get any better than this? 😍 Get a load

Who else is ready for some koal-ity nature time th

Get a load of those colours! 🤯 You’ll have to

WOW! 😍 It’s views like this that remind us ho

Goooood morning! ☀️ Wot a start to the day… 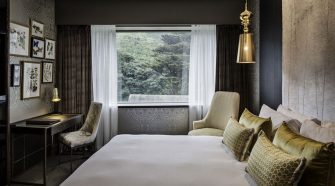